Far East Mobility's work on TOD is carried out with support from a Rockefeller Brothers Fund contract, and in cooperation with BRT Planning International.

See our series on TOD in Ji'an, a small to medium sized city in Jiangxi Province:

Transit-Oriented Development (TOD) in China is a matter of grave concern to the world. The problem of climate change is most critically dependent on what happens in the next few decades in the energy and transportation sectors in China. While certainly China’s energy sector, heavily dependent on carbon-intensive coal, remains the greatest single threat to the global climate, its transportation sector remains a close second. While in recent years China has been making impressive strides to reduce its reliance on coal-fired power plants and replace these with renewable and less carbon intensive energy sources, on the transportation side, the outlook is far grimmer. China, which used to be a country of bicycles and tree-lined streets, in January 2016 reached 172 million cars, and is now the largest passenger vehicle market in the world. This is more than triple the number of cars registered in China in 2007. With car ownership of only around one in three households and 310 million licensed car drivers, there is plenty of room for this figure to grow. While the transport sector in China accounts for only about 10% of its total CO2-e emissions, emissions in the transport sector are projected to rise by 3.5% per year.

In the meantime, bus-based transit is failing to keep up. The focus in many cities, including Ji'an, has been on converting the bus fleet to electric buses rather than on improving bus frequency and service, and this is reflected in stagnant or declining mode shares. (In Ji'an, while the fleet has been converted nearly wholly to electric buses, the overall city bus fleet has not increased signficantly since 2012.) In the short term, in small cities such as Ji'an, people are relying initially on electric bikes, and later on cars.

Much of this motorization rate is being encouraged by outmoded planning and building regulations. To give one example, most planning and zoning codes in China require the developers of residential buildings to include somewhere between 0.5 and 1 parking space for each new residential unit. That means China is building cities designed to handle about 0.5 to 1 car per household. This is not the only element that is dysfunctional from the point of view of encouraging transit use, cycling, and walking. Most of China’s planning and zoning regulations follow the textbook modernist approach of separating not only noxious land uses from each other but also separating buildings from the surrounding streets by elevating them and setting them back from the property line. While the separation of noxious industrial land uses continues to be a good practice, many land uses are considered compatible with each other, such as residences and offices, offices and retail, and retail and residences. Rigidly separating these land uses has tended to add needless distance to people’s everyday life, distances that invariably induce the wealthy and middle classes to embrace the private automobile when it becomes an economic possibility.

While zoning codes which rigidly separate even compatible land uses are considered outmoded in almost all of Europe and in a growing number of US cities, they are still the dominant paradigm in China. In China, however, the outmoded nature of these regulations is having a particularly damaging long term effect because China is currently undergoing the largest housing construction boom in the history of humanity.

While TOD is well-established as part of mass transit rail projects as an excellent way to maximize the benefits of such large investment, TOD approaches in the field of BRT have not yet been achieved or even approached in any systematic way. BRT projects generally proceed without any TOD planning. While TOD planning was carried out in Guangzhou, Lanzhou and Yichang by ITDP and by the Energy Foundation in Jinan, Chongqing and Kunming, the approach was probably too design-focused in the former cities, and the BRT systems were unsuccessful in the latter cities. Some positive results were achieved in Guangzhou, Lanzhou and Yichang, but generally on an ad hoc basis in some selected station areas. Some of the achievements, such as the Tangxia BRT station area improvements, followed from a district-level urban village improvement project rather than from any direct relationship with the BRT station or corridor.

Far East Mobility's work in TOD aims to build upon and learn from the earlier approaches, with the goal of creating 'demonstration' best practice examples which can then be emulated by other cities. Ensuring that high quality station access and station area development improvements are incorporated into high capacity BRT corridor planning requires technical, policy, design and planning inputs which usually go beyond the boundaries of how a particular project is defined, since this work involves TOD, non-motorized transport, urban design, parking, traffic management and other aspects in addition to the transit elements.

"Complete Streets are streets for everyone. They are designed and operated to enable safe access for all users, including pedestrians, bicyclists, motorists and transit riders of all ages and abilities" (definition from Smart Growth America). Far East Mobility works on road design and planning including complete streets and high quality pedestrian & bicycle facilities and policies, often as part of a BRT project.

Recent work in Ji'an has documented challenges and opportunities for TOD implementation together with the BRT corridor currently being planned and designed. See the part 1 article setting the context, the part 2 article looking at density, mixed use and station area zoning, and the part 3 article looking at setbacks, pedestrian facilities, road networks and parking.

TOD in China: challenges and opportunities in Ji'an (Aug 2017)

Playing out: Waverley's kids are reclaiming the streets from cars
Districts in one part of Sydney can request road closures for a few hours each week so people can use the streets. It's proven very popular. 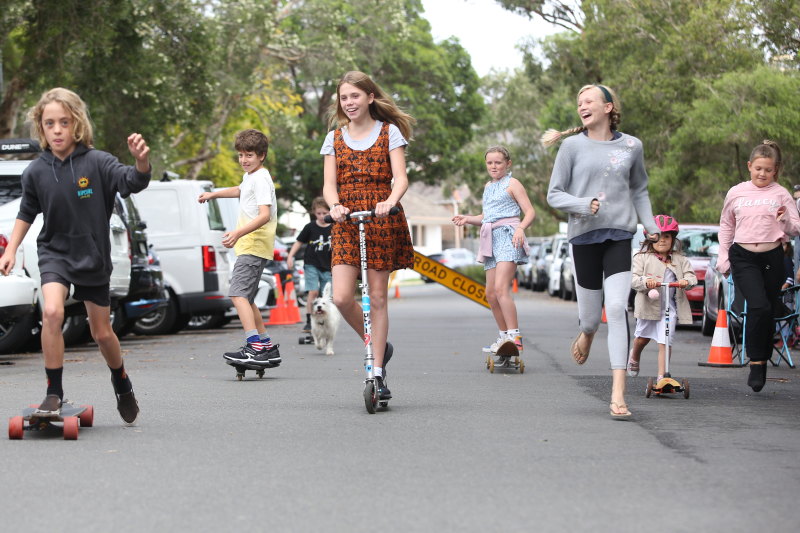 Cash top-up allows boardwalk along Parramatta River
"Located opposite the ferry wharf in central Parramatta, the three-metre wide boardwalk will be a "river-level path" that will allow pedestrians and cyclists to access the foreshore on the river's northern bank. The project includes stairs from the boardwalk to Stewart and Macarthur streets." Unfortuntately Parramatta is also building an LRT. 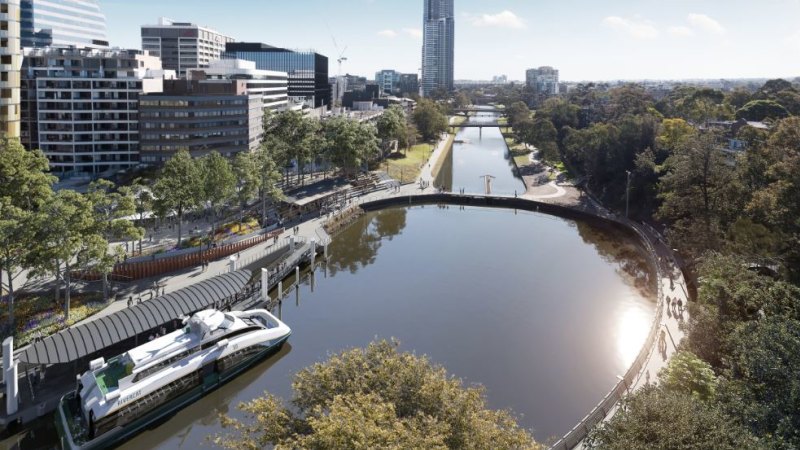 Estimated car cost as a predictor of driver yielding behaviors for pedestrians
The science is clear: drivers of expensive cars are jerks.
Science Direct, 29.02.2020

Oslo saw zero pedestrian and cyclist deaths in 2019. Here’s how the city did it.
"Perhaps most remarkably, no children under 15 died in roadway crashes anywhere in the country of Norway during 2019, which has a population of about 5.3 million." 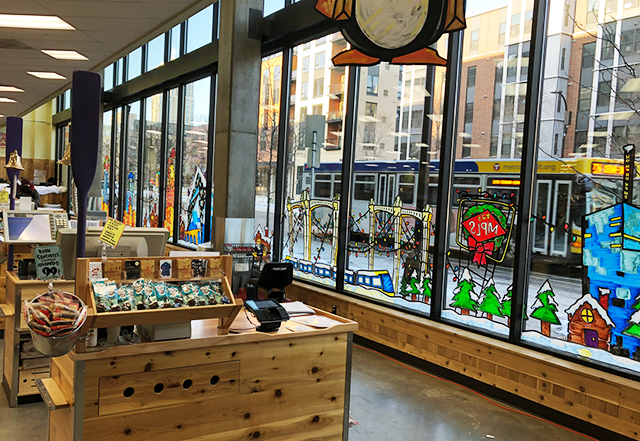 The City That Cycles With the Young, the Old, the Busy and the Dead
"Some 49 percent of all journeys to school and work now transpire by bicycle, according to the city, up from 36 percent a decade ago. When the municipal government recently surveyed Copenhagen’s bikers on what inspires them to bike, 55 percent said it was more convenient than the alternatives. Only 16 percent cited environmental benefits." 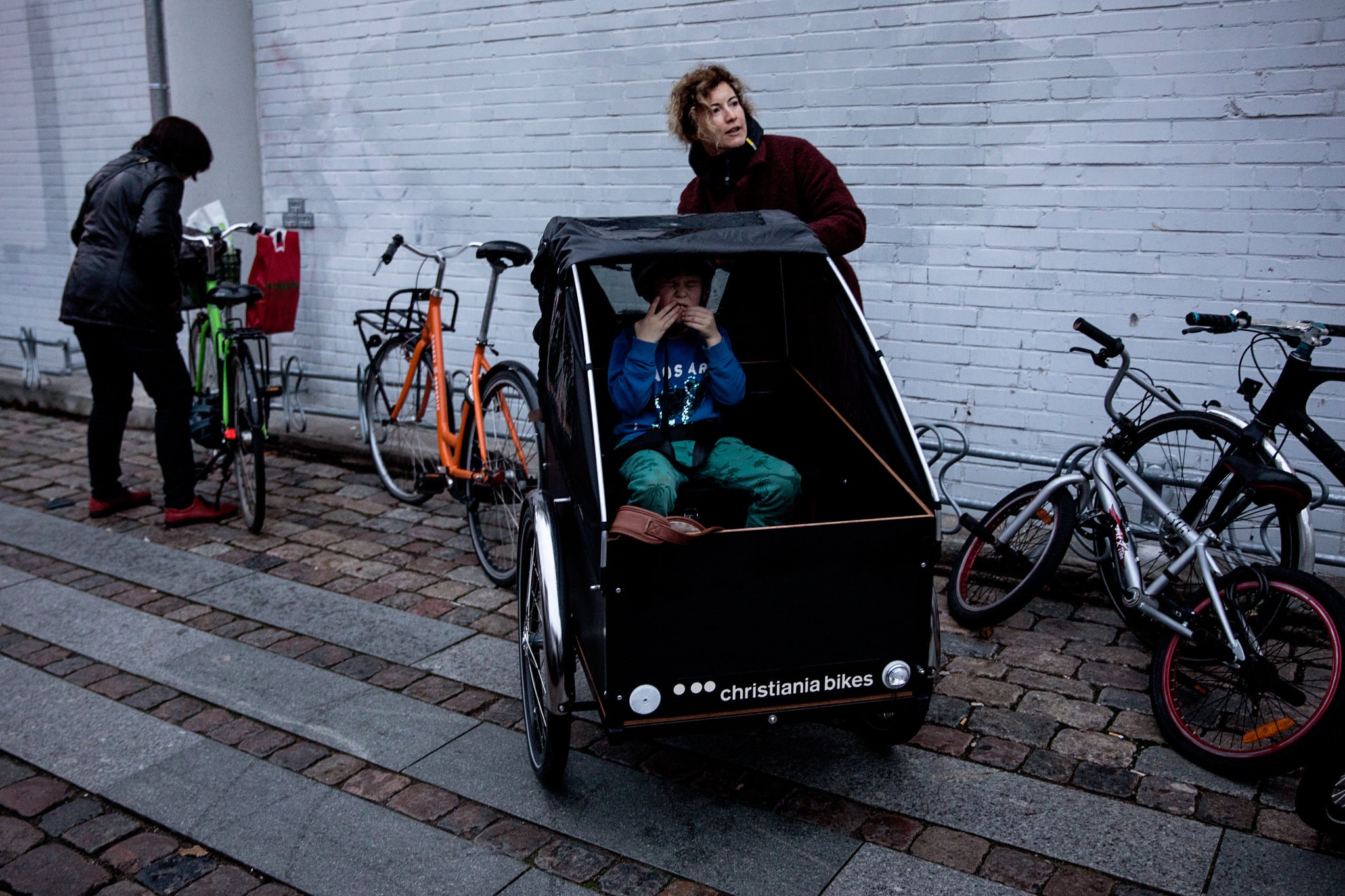 E-Bike Craze Continues Unabated in Holland
A survey of 318 dealers suggests half of all new bike sales in Holland are e-bikes. 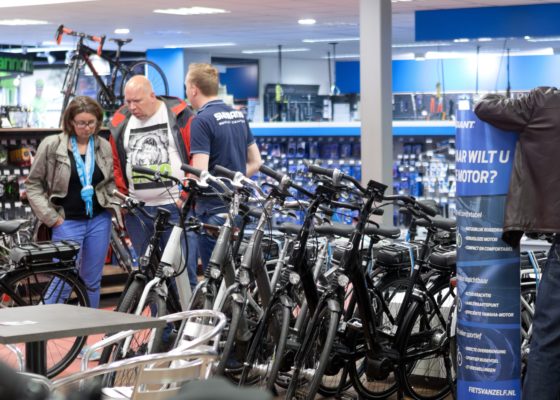 'No effective oversight': why the Opal and Mascot Towers cases may be the tip of a very large iceberg
"The design-and-construct model means a developer can get approval to start a project on the basis of partial concept drawings, a builder then tenders for construction and takes over the rest of the design work as construction takes place. Unlike the system which prevailed two or three decades ago, when an architect or clerk of works or engineer would see the whole process through from start to finish, in the design-and-construct model it can be a bit like pass the parcel." 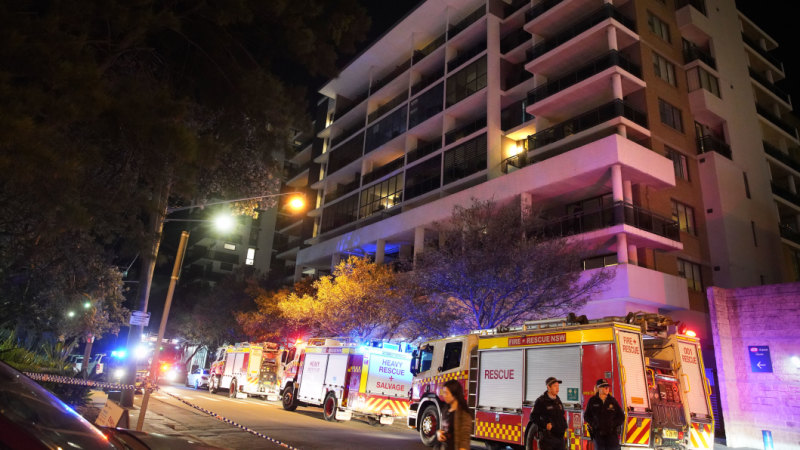 Airbnb likely removed 31,000 homes from Canada’s rental market, study finds
The McGill authors note that frequently rented homes “are still a small fraction of total housing” in any Canadian city. However, listings can be highly concentrated in some neighbourhoods. In parts of Montreal, for instance, one in five homes were listed on Airbnb.
Globe and Mail, 20.06.2019

Tokyo proves that housing shortages are a political choice
"The planning framework that underpins this supply is a simple zoning system that allows by-right development, rather than one that relies on granting planning permission for each individual site. There are only 12 zones, defined according to the maximum nuisance level they allow, ranging from sleepy residential to polluting industrial uses. The key is that pretty much anything can be built, provided it does not exceed the zone’s nuisance level – so in areas zoned for high street usages it is possible to convert a hotel into housing and vice versa, but this is not possible in residential only zones."
Citymetric, 31.05.2019

STEC allots B7.79bn for Mor Chit project
Value capture - US$250 million (7.79 billion baht) paid by developer for a site next to Mo Chit Skytrain station owned by the Skytrain operator. 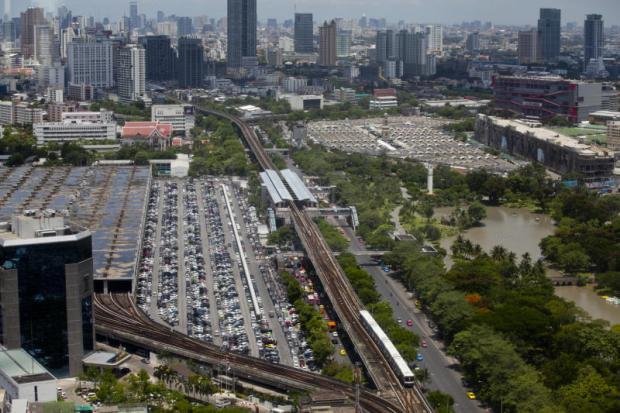 Barcelona’s superblocks are a new model for “post-car” urban living
Plans to drastically reduce the motor vehicle network in Barcelona.

In Need of Housing, Barcelona Fines Landlords For Long-Vacant Buildings
"The law the city is using, which gives it scope to fine negligent landlords after two years of leaving a property vacant, has in fact been in place since 2007 (before Colau’s election) but wasn’t implemented until during her tenure. Since then, the scale of fines demanded has been rising dramatically."
Citylab, 15.03.2019

Welcome to Oslo! NO PARKING.
More and more European cities are effectively banning automobiles from their city centers — and it seems to be working out just fine for local businesses. The cities are "discovering that restoring these historic spaces to their pre-automobile states is as good for tourism, local business, and overall civic contentedness as it is for air quality and a shrinking carbon footprint."
NRDC, 01.02.2019 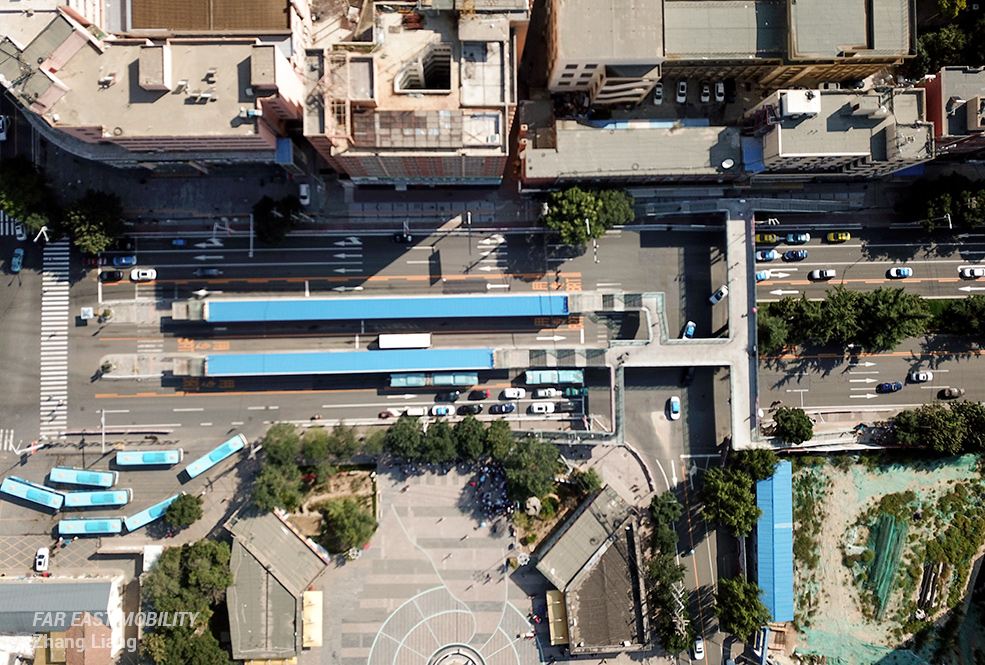